Michael Lamothe started out as a part-time trader, trading while working full-time at a top NYC hospital. After struggling to balance trading, a full-time job and a young family, Mike’s trading turned around when he came across Bill O’Neil’s book “How to Make Money in Stocks” and joined an IBD meetup in NYC. Learning from like-minded traders encouraged Mike to grow more confident in his system and he soon created a formula for success to help traders succeed in the market, combining technical analysis + community + mindset! After selling his first venture, ChartYourTrade, he founded MARA Wealth in 2018 to help teach this winning methodology and help coach traders to enable them to make positive changes and reach their trading goals.

Mike is the best-selling author of The MARA Mindshift Guide & has coached thousands of traders from around the world. As co-host of The Trader’s Mindchat Show, he has interviewed some of the most high-profile traders in the industry today, including Mark Minervini, Howard Lindzon, and Kevin Marder. He has been called one of the BEST Trading Mindset coaches in the US. He is an IBD NY monthly presenter, was a Stocktoberfest presenter, has been featured on NASDAQ Live, and was a Benzinga award finalist in 2017.

“Michael Lamothe’s hard work and passion for trading in stocks have given him a very valued reward. He knows who he is as a trader, which is sometimes the most difficult lesson on the path to success.” – Curt Hostetter, co-organizer NYC IBD Meetup

Stuart was a MARA Elite member and after graduating from the program has joined the MARA team as a coach! Now with 16 + years of trading experience, his key trading influences have been Mark Minervini, William O’Neil, Jesse Stine, Mike Bellafiore, and of course Michael Lamothe who brought belief, calm, and a pinch of zen to the whole thing.

After working throughout Europe and Southeast Asia primarily in the offshore banking, finance, and risk management industries, he settled in beautiful Clyde Valley Scotland with his family. He started trading his own account seriously in 2006, at first on the London and European exchanges but then transitioned to the US markets when regulations changed. Stuart says, “My primary focus is on creating lifecycle systems and strategies to deal with the whole life of a trade from idea generation through execution, management, and post-trade analysis.”

“Stuart’s very insightful. He’s great at making complex things simple to understand. If you feel like you’re good and want to be great, iron sharpens iron, and that’s why you want to be working with someone like Stuart!” – Michael Lamothe, Founder of MARA

Melissa Lamothe is the co-author of the bestselling trading beliefs workbook “The MARA Mindshift Guide” & co-host of “The Trader’s Mindchat Show” with husband Michael Lamothe.  Melissa has 15+ years of marketing and writing experience and is the marketing director/content supervisor for Mara Wealth. She has been nominated as one of the Best Author’s on Long Island, and was also the keynote speaker for 2019’s Genre Con and a panelist for the Ozark Book Con. Melissa is also a contributing author for The World Mom’s Network, and is a proud mom of 6-year-old daughter Lily. She currently resides in beautiful Long Island, NY with her family.

Mara Wealth will inspire and guide you along every aspect of your trading journey – from developing your own trading process, to managing mindset, to helping you rise to your A-Game. We CARE about Traders and offer individual and group coaching memberships as well as a range of tools and resources.

Mara is inspired from the word “Marathon.”

In trading it can feel like a mad rush to the finish line. And many people end up with their account dying before they complete their first mile. Hard earned money flushed down the toilet because they didn’t know that there’s a lot more to trading than clicking ‘buy’ and ‘sell’. Just like there’s a lot more to running a marathon than putting one foot in front of the other. It is mindset, training with a coach, a team, developing the inner strength and having the tools you need to get past the many walls you’ll hit in the race toward the finish line. And you will have multiple finish lines along your trading marathon, and MARA is here with you every step of the way.

Wealth is a Journey, let us be your guide. Sign up for our 10 Step Course below. 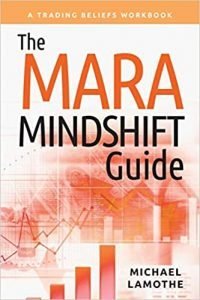